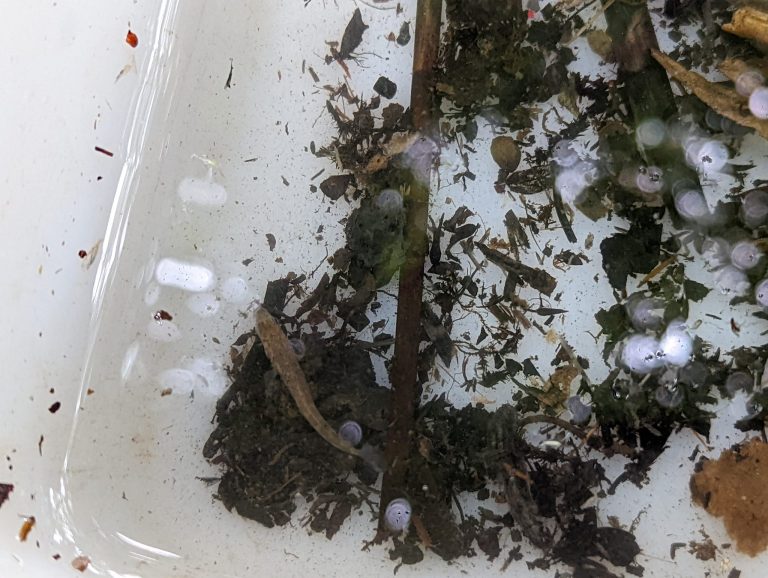 Thursday saw Friends of Tawd Valley join Groundworks’ Love My River projects volunteer day. The group, led by the LMR project officer Samuel Gibson, met on a housing estate near to one of the many entrances to Smithy Brook.

Smithy Brook is a small stream that runs right through the heart of Pemberton and Orrell, the water and the surrounding wooded area is home to rich biodiversity that runs all the way through to the River Douglas.

The 6 strong crew began with a short walk to the first site, Samuel then gave a small brief of the recent events that have been happening within the brook and then spoke about the activities we would be undertaking.

Two of the team started off with some riverfly kick sampling, whilst the rest of the troop began tackling the Himalayan Balsam that plagued the woodland floor.

After we had finished here, we continued on up to the second and third sites. Samuel promised the group some stickleback action and he did not disappoint. Donning his waders and net, in the brook he went. After the three minute kick sample stoppage time had passed, he emptied his net into a white tray. Low and behold, Samuel kept to his word, there in the tray was 5 or so stickleback. Fantastic!!!

After a few photos and a stop for lunch, the party headed back to the first site for some more balsam bashing, before calling it a day and heading on home.

A brilliant and productive day. It was great meeting new people and getting involved with other projects within the Douglas Catchment.